Steve has taken a very active role in raising the visibility and improving the operations of the Registry of Deeds.

Steve created the “Traveling Tuesdays” program and has brought the Registry of Deeds to every neighborhood in Suffolk County and helped hundreds of residents in Boston, Chelsea, Revere, and Winthrop, with questions about their deed, filing, or Massachusetts Homestead Act.

Steve has restructured the Registry of Deeds to further professionalize the office, reduced the backlog of registered land certificates, provided additional training and supervision of document indexing to improve the accuracy of Registry records, and hired staff that are fluent in Spanish, Mandarin, and Cantonese to better serve all residents of Suffolk County.

Steve attended Boston Latin School and graduated from Stonehill College where he received a degree in business administration. Steve worked for a transportation company during and after college, eventually becoming Vice President of the company before entering public service.

Steve was born in Dorchester and raised in Hyde Park.  His mother Marjorie is a retired teacher’s aide with the Boston Public School Department, and his late father Stephen was a retired Boston Police Officer and attorney.  Steve lives in Hyde Park with his wife Bridget Simmons Murphy and their rescue cat Dora. 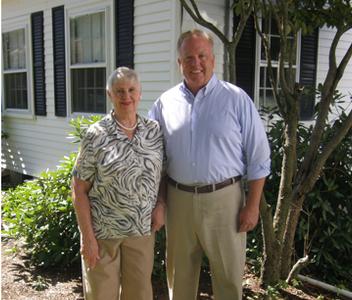 Steve and his wife Bridget.

Steve and his mom Marjorie. 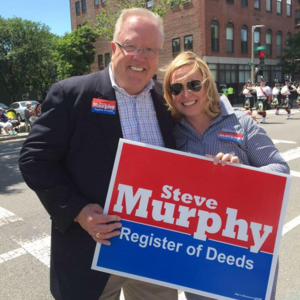